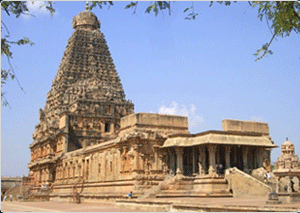 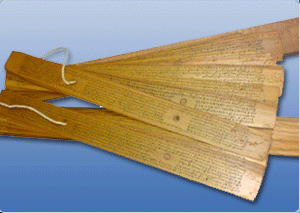 Agastya is a legendary Vedic sage of Hindu culture. It is believed that it was the sage Agastya who introduced and popularized the Vedic beliefs to southern India. Agastya and his clan are also credited to have authored numerous mantras of the Rig Veda. The earliest and most venerated Hindu scripture (in the sense of first having the mantras reveled by his mind by supreme spirit Brahman. In few estimates, Agastya is also believed to be one of the greatest seven sages of India popularly known as 'Saptarshis' the word is also written as Agasti.

Agastya was a great follower of Lord Shiva, after coming to south in answer to his prayer for revelation on the classical language of southern India. It is believed Lord Shiva himself taught the ancient Tamil language to Agastya. Agastya attended Tamil convection and staged his work, the Agastyam. This is considered as earliest treatise on Tamil Grammar, 2500 years old Tamil Sangam it is believed that Agastyakoodam has a history of being the dwelling of Siddha medicine and it is considered as home of Agastya

He is believed to be the principal individual of Siddha. He is also considered as the guru of the multiple other Siddhars. He was also referred as the Kurumuni, which means short saint, his contributions to the field of medicine and astrology were tremendous. Specially Nadi Jodhidam or Jothisyam it is believed he had long life span over 5000 years. As well as one of his medicine preparations, Boopathi Kuligai, was so commanding it had the power to bring the dead back to life. Two of his students were Therayar and Tholkappiar.

The Lalitha Sahasaranama, that depicts thousand names of mother goddess known as Parvati or Durga. Was First revealed to the world when Hayagriva. An appearance of Lord Vishnu taught Agastya. He also believed to have composed Aditya Hridayam. A Hymn to Surya, and taught the same to Rama just before the battle between Rama and Ravana.

For every thumb impressions there are six 'Granthas' sacred books. Every 'Grantha' consist of 108 size and 12 parts according to Shiva Nadi and 50 size in Agastyanadi. In simple words for one thumbprint here are numerous stories are available. In Shiva Naadi additional details are given as dialogue between Lord Shiva and Parvati. These Nadis are preserved by applying Peacock oil.

Nadi Readers believe that the natives whose leaves are there will come to them eventually at the appropriate age irrespective where they are. Agastya Nadi Astrology is not only restricted to Indian citizens, but foreigners from other religions can also take advantage of this distinctive astrology. Nadi astrology system is based on the belief that whoever is destined to know their faith will come to Nadi Reader.